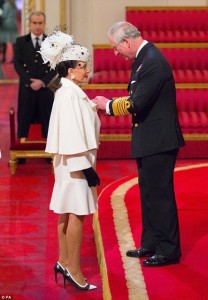 Joan Collins is first and foremost an actress. However, she is also a best-selling author, an accomplished producer and a successful entrepreneur.

The daughter of theatrical agent Joe Collins and his wife Elsa, Joan Collins was born in London and made her London stage debut at the age of nine in Ibsen’s A DOLLS HOUSE at the Arts Theatre.

Joan Collins has appeared in more than 70 feature films and hundreds of television appearances, including creating the role of Alexis Carrington on Dynasty, one of the most highly rated television dramas of all time. Her novels and memoirs have sold over 50 million copies worldwide and have been translated into 30 languages. She is recognized world-round as a fashion maven of timeless beauty, and is a regular diarist for The Spectator and a contributor to The Daily Mail, The Telegraph, The Times and Harper’s Bazaar. On stage, Joan Collins has performed on Broadway, the West End, and in national tours in the UK and North America.

On the humanitarian front, Joan Collins is devoted to the well-being of women, children and families and regularly lends her support and celebrity to causes that include finding a cure breast cancer and empowering children with learning disabilities.

Joan has three children: A son, Sacha, and two daughters, Tara and Katy.