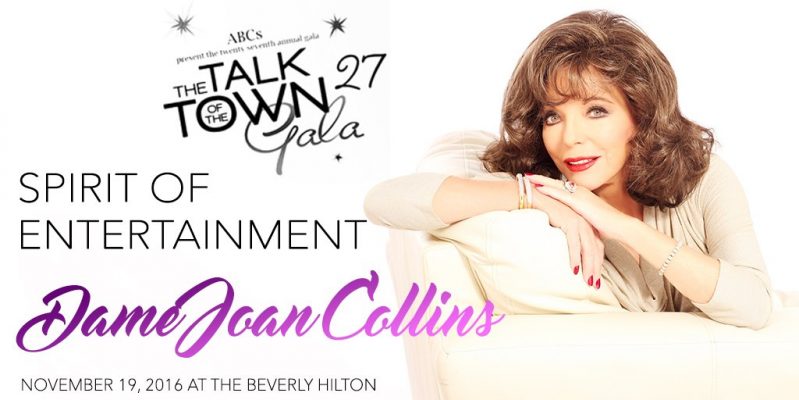 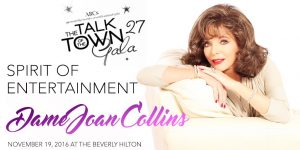 The Annual ABC Talk of The Town Gala was held at The Beverly Hilton in Beverly Hills on November 19th and the event raised vital funds for Breast Cancer research at The John Wayne Institute. It was a great honour for Dame Joan to be honoured with The Spirit of Entertainment Award, which she accepted as a tribute to the muchly missed, late great Jackie Collins..

“I think it’s a very good idea to do that. I think it isn’t something you want people to be knowing about and feeling sorry for you.

“It was much better that she kept it to herself and very close family.”

“As you know, Jackie passed away 14 months ago now so I feel this is somewhat of a tribute to her.

“I also feel very strongly that cancer is something that hits people. One in three people are going to get cancer so it’s very important to try and find a cure.” 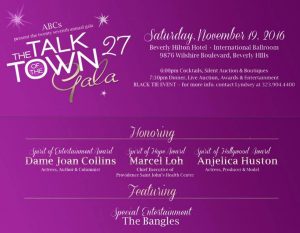 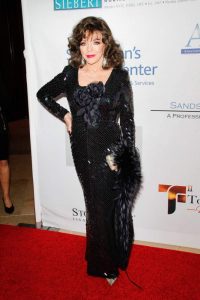 Also honoured at the Gala was Angelica Huston and Marcel Loh, while among the guests in attendence were Joan’s good firends Rene Horsch and Donna Mills.. During the evening a silent auction was held with among the items available to bid on were an original Terry O’Neill portrait of Dame Joan with her beloved late sister Jackie.. 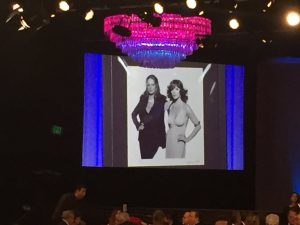 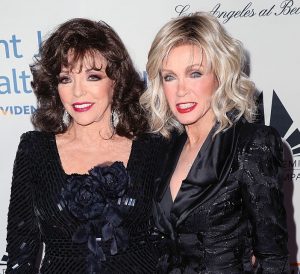 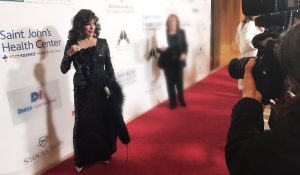 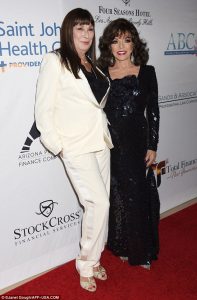