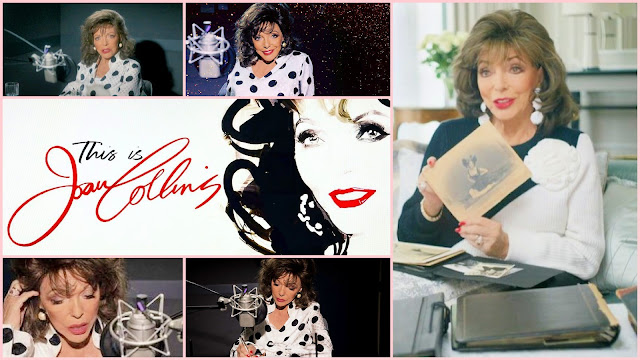 A wonderful way to start the new year is to tune into BBC 2 TV On New Years Day at 9pm for a first screening of the exciting new documentary film ‘This Is Joan Collins’. The film will be screened again on January 7th at 11:05pm..

THIS IS JOAN COLLINS ON BBC PLAYER!

A feature-length documentary on the life of one of the last surviving actresses from the golden age of Hollywood – Joan Collins. This epic film is told from the ringside as Joan narrates her rollercoaster life story with her inimitable wit and verve. A worldwide television phenomenon with her decade-defining role in Dynasty, Collins shares her extraordinary archive and never before seen home movie footage, giving an intimate glimpse into one of the world’s most iconic figures.

Against a backdrop of Collins’s own narration, her story showcases the extraordinary life of a woman who has lived through the glitz, the glamour and the enduring moments of Hollywood history, and survived it all with panache.