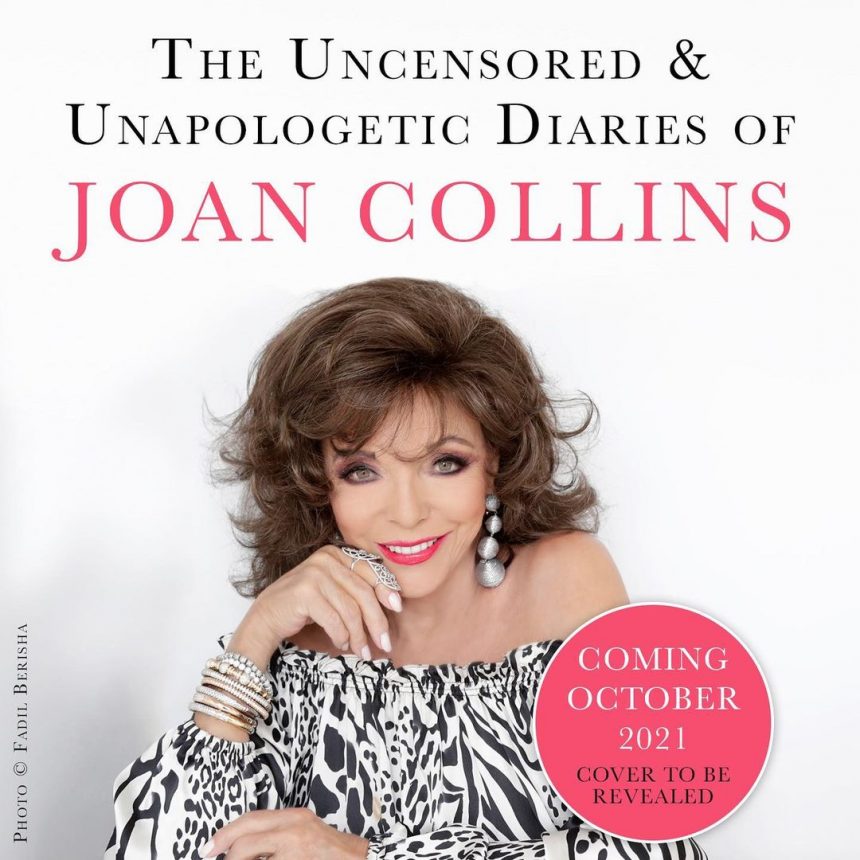 The Uncensored & Unapologetic Diaries of Joan Collins. billed as “often outrageous”, was written almost entirely in real time, according to the publisher, with the majority of events described within 10 hours of happening.

Coverage ranges from encounters with members of the royal family, to “keen and honest” insights into other celebrities at parties or dinners – on all of which she is “unapologetic”, pulling no punches and writing in the intimate and funny style typical of her column for The Spectator, the publisher said.

Well known for playing Alexis Carrington in “Dynasty”, Collins is also the author of 17 books. It has been eight years since her last non-fiction title.

Samson said: “It is a particular delight to welcome Dame Joan to the W&N list, which has published so many wonderful diarists in our history, including Evelyn Waugh, Noel Coward, Cecil Beaton, Alan Clark, Michael Palin, Roy Strong and Tina Brown. It is no surprise that Joan’s elegant and needle-sharp observations as a writer combine the detachment of a great diarist with her active participation in many of the highly entertaining events she describes.”

Collins said: “I am thrilled about being published by Weidenfeld & Nicolson and under the guidance of Alan Samson. He was clever to publish these diaries, ensuring he won’t end up in them.”

Nevins added: “Having known Dame Joan Collins since 1988, it has been my great pleasure to witness her amazing sense of humour and wry insight into people, places and things. I was captivated by her diaries from the moment she shared them with me.”

The Uncensored & Unapologetic Diaries of Joan Collins will be published in hardback, trade paperback, e-book and audio editions in October 2021.