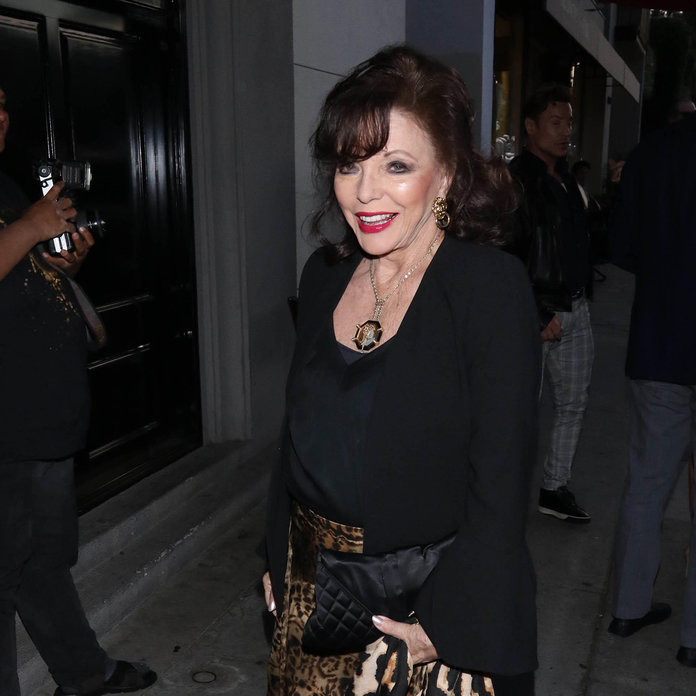 “I’ve worn it often over the past 30 years, definitely more than any other piece of jewelry I own.”

By Joan Collins, as told to Jennifer Ferrise

I’ve always been a fan of the Art Deco artist and designer Erté. When I was younger, I used to read books about him and collect his sketches from the 1920’s. I’d even draw pictures of flappers because I loved the glamorous style of the Art Deco era so much. I followed Erté’s work over the years, and, in 1980, when I signed on to do the play The Last of Mrs. Cheyney, I asked him if he would design the costumes since it was a period piece set in the ’20s. He agreed, so I flew to Paris to meet him in his atelier.

Erté was close to 90 at the time, very frail with a shock of white hair, but he was still so brilliant. It was fascinating to be able to see his work close-up. After the production ended, I didn’t get to keep the costumes he designed, but years later at an auction in London, I saw this beautiful Erté pendant with diamonds and mother of pearl.

He had designed very few pieces of jewelry throughout his career, so I knew I had to bid on it. I loved that it was something totally original that nobody else would have. I’ve worn it often over the past 30 years, definitely more than any other piece of jewelry I own. It makes me feel chic. And every time I put it on, it reminds me of my time with Monsieur Erté.