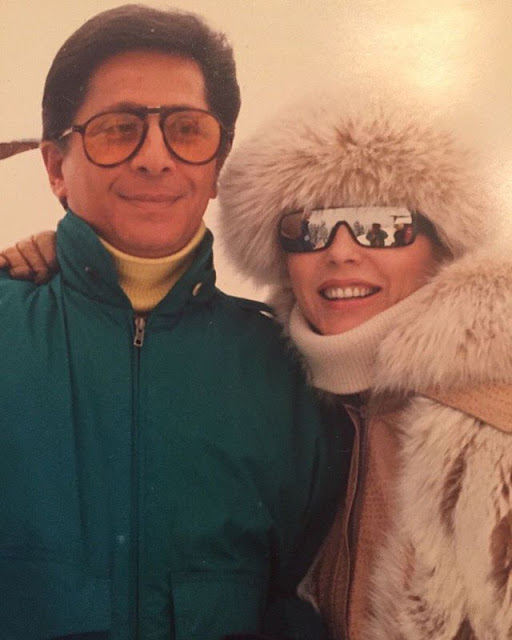 Joan Collins on Why She Wanted to Honor The House of Valentino (and Alexis Carrington!) at the Met Gala..

Joan Collins really got into character for the Met Gala last night. Just before walking the red carpet, Dame Collins shared a video on Valentino’s social media accounts in which she declared, “I’m Alexis Morell Carrington Colby Dexter Rowan and I’m wearing Valentino Haute Couture for the Met Ball.” Indeed, the legendary actress certainly looked the part of the love-to-hate-her lead Alexis, whom she played on the famed 1980s television show Dynasty. The white feathered gown with tiered ruffles, which she topped off with loads of diamonds and a tiara, is exactly the kind of fashion excess that Alexis, via Collins, embraced with wide-open arms back in the day. In fact, she turned it into a full-on fashion trend. Despite the camp-appropriate, tongue-in-cheek throwback, however, there was in fact a more sentimental reason that Collins chose to wear Valentino to this year’s gala. She and Valentino Garavani, founder of the house, have been dear friends for decades.

“I first met him in 1968 in Rome,” Collins said post-event, this morning, over email. “I was looking for something to wear at a TV appearance and someone suggested a new young designer who would be happy to dress me. Since then, Signor Garavani and I have been very close friends and have enjoyed collaborating together. He’s designed several outfits for my movies and TV appearances throughout the decades, which I hope now to continue with his deserving successor Pierpaolo.” And so she has, starting last night with, in Collins’s words, the “elegant, royal, glamorous, magical” Pierpaolo Piccioli–designed gown. The process all started, according to the actress, “two months ago, when Pierpaolo started to send me several wonderful sketches and we spoke almost on a daily basis to fine-tune the design.” Collins notes of her plumed ensemble, “He must have thought I was mad because I insisted on more and more feathers!” The look certainly spoke to Susan Sontag’s note that camp is “a woman walking around in a dress made of three million feathers.” For Collins, whose hair and makeup for the red carpet was done by stylist Joey Maalouf, it was also about the tiny glittering crown atop her head: “What’s more camp than a tiara?”

When it was time for Collins to walk into the gala with her new friend and fashion fairy godfather Piccioli, she thought lovingly about her long history with Garavani and realized the moment, after years of dressing in Valentino—both for the red carpet and onscreen—was nothing short of “surreal.” It was also, she said, “very hard to maneuver 50 pink steps in a massive skirt and 5-inch heels.” If anyone could pull off such a feat in Valentino Couture, it’s Collins—with a little help from the divine spirit of Alexis Carrington, of course.