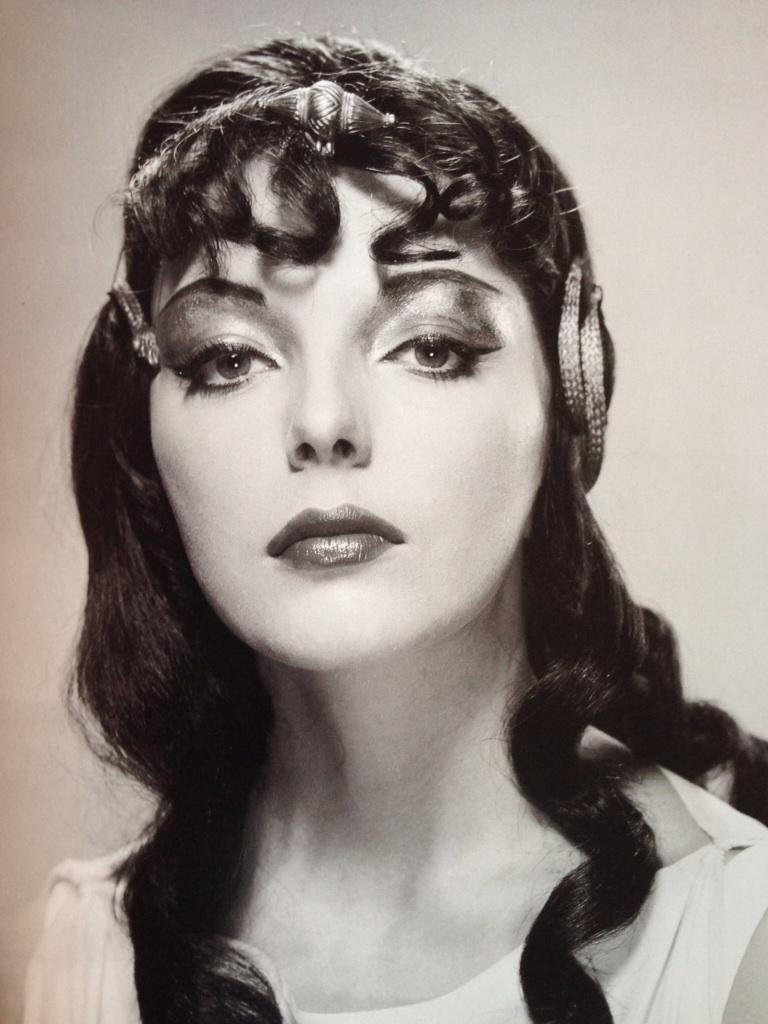 Hollywood’s casting couch and why I lost my part as Cleopatra to Liz Taylor: JOAN COLLINS recalls hiding in wardrobes, dodging naked producers and heeding Marilyn’s warning that all studio bosses were ‘wolves’

Shortly after arriving in Hollywood aged 21, under contract to 20th Century Fox, I attended a party at Gene Kelly’s house.

The star of An American In Paris and Singin’ In The Rain hosted a weekly gathering for an eclectic group of movie industry power-brokers, A-list actors and actresses, intellectuals and his friends. It was where I first met Marilyn Monroe.

At first I didn’t recognise the blonde sitting alone at the bar until she turned to me and said rather ruefully: ‘They wanted me for the lead in Red Velvet Swing, but I’m too old.’

The part of Evelyn Nesbit in The Girl In The Red Velvet Swing was one of my first lead roles in Hollywood, but I knew it had originally been intended for Monroe.

Suddenly, it dawned on me that the woman in front of me was the legendary figure herself.

We started chatting and after a couple of martinis, Marilyn poured out a cautionary tale of sexual harassment she and other actresses endured from ‘the wolves in this town’.

I replied that I was weAs a 17-year-old straight out of RADA and playing my first leading role, I’d experienced a torrent of sexual harassment and the kind of behaviour that today is classed as abuse.

When I confided in an older actress on set at Ealing Studios, she told me to ‘like it or get out of the business’.

‘That’s the way it is. I know they didn’t teach you about it at drama school but you’ll just have to put up with it, I’m afraid . . .’

I decided it definitely wasn’t something I’d put up with. I told Marilyn I was well prepared to deal with men patting my bottom, leering down my cleavage and whatever else.

She shook her head. ‘There’s nothing like the power of the studio bosses here, honey. If they don’t get what they want, they’ll drop you. It’s happened to lots of gals.

’Specially watch out for Zanuck. If he doesn’t get what he wants, honey, he’ll drop your contract.’

It was a timely warning, because days later, Darryl Zanuck, vice-president of production at 20th Century Fox, pounced.

Breathing cigar fumes over me, he hissed: ‘You haven’t had anyone until you’ve had me, baby. I’m the biggest and the best and I can go all night.’ I was so shocked I couldn’t speak, so I just wriggled free of his groping hands and ran back to the set.

Later, I was glad that I’d said nothing. I heard that a starlet he’d tried to seduce had recently been fired because when he began his spiel with: ‘Baby, I’m the biggest in the business . . .’ etc, she’d fired back saying: ‘You better be, honey, ’cause you’re only five foot-two!’

And I can confirm that it wasn’t just the stuff of legend that he had a golden replica of his manhood on his desk as a paperweight. I saw it — ugh!

Now the events of the past week — the meteoric descent of Harvey Weinstein from the pinnacle of power in Tinseltown to his humiliating exile into rehab for his so-called ‘sex addiction’ — has brought back these memories.

Then, as now, a conspiracy of silence hung over the casting couch, and the bullying and sexual assaults young actresses were routinely subjected to. Speak out and your career was often over before it had begun.

My first encounter with the casting couch was in the early Fifties.

I had been signed by the Rank Organisation and was testing for a juvenile lead role in a film called I Believe In You.

I dodged one producer’s advances by hiding in a wardrobe in the costume department, helped by sympathetic dressers, and waiting until he left the studio before taking the bus and Tube home. But after my third test he trapped me and persuaded me to get a lift home in his flashy car.

On the way, he grabbed my hand and put it on his open fly. I screamed in horror and yanked my hand away. I’d never seen a naked man before, let alone touched one.

‘What’s the matter? Don’t you want the part?’ he leered.

‘Not this much,’ I said, then burst into tears as I realised I’d ruined my chances. Luckily, he was overruled by the director, so I got the role despite the threats.

However, he continued to pursue me, and when I told him I wasn’t interested and was still a virgin, he called me a ‘frigid little b****’.

And when I went to the U.S. I discovered that it was just as Marilyn had warned me.

Hollywood studio bosses considered it their due to b*** all the good-looking women who came their way and were notorious for it. Harry Cohn at Columbia Pictures, for example, had no qualms about firing any starlet who rejected him. He was totally amoral.

When his leading contractee, Kim Novak, had an affair with Sammy Davis Jr. — who had recently lost an eye in a car crash — Cohn threatened to have ‘the other eye taken out’ if he didn’t stop seeing her. Cohn was so powerful that Sammy did stop and hurriedly married someone else.

At Warner Brothers, the president of the studios, Jack Warner, fancied himself an attractive bon vivant. A snappy dresser and massive flirt, he threw glittering parties where one night he propositioned me, openly bragging about his conquests, which seemed to include every actress on the Warner lot and many from MGM, too. He was amazed when I didn’t submit.

When I was in New York, my agent secured me an interview with a famous producer for a role I really wanted.

I dutifully went to his office at 6pm, and as I arrived, his secretary was just leaving. ‘He’s in there,’ she pointed to a back room. ‘He’s waiting for you.’

I found myself in a bedroom, then a voice called: ‘Come on in,’ from another room. I walked in and there he was in the bath without even bubbles to cover his embarrassment — with which he was tinkering. ‘Sit down,’ he commanded, gesturing to the end of the bath.

‘Oh, ah, no thanks,’ I replied weakly. I tried not to shudder and tried not to notice what he was doing to himself.

After a few minutes’ chat about the role, which I argued was right for me as she was an English girl, he agreed I would be perfect.

Then he again insisted I share his bath. ‘I must go — I’ve got a date with my boyfriend,’ I stammered, aware there was no way I’d get the part now. ‘Who’s your boyfriend?’ he asked.

‘You wouldn’t know him. He’s a young actor — Warren Beatty.’

‘What are you doing wasting your time with unknown actors for?’ he said irritably.

‘I’m an important man, we can have some fun. By the way, how old are you?’ ‘Twenty-five,’ I muttered. ‘Twenty-five, huh? That’s not young in this business any more, sweetie.’ I stared at his ugly 55-year-old face, turned and left.

He called after me: ‘You won’t get much further in this business, kid, if you’re going to be so high-hat!’

Another role I coveted was that of Cleopatra. The head of 20th Century Fox at the time, Buddy Adler, and the chairman of the board — a Greek gentleman old enough to be my grandfather — bombarded me with propositions and promises that the role was mine if I would be ‘nice’ to them.

It was a euphemism prevalent in Hollywood. I couldn’t and I wouldn’t — the very thought of these old men was utterly repugnant. So, I dodged and I dived, and hid from them around the lot and made excuses while undergoing endless screen tests for the role of Egypt’s Queen.

At one point, Mr Adler told me at a party that I would have ‘the pick of the scripts’ after Cleopatra and he would set me up in an apartment he would pay for as long as he could come to visit me three or four times a week.

Running out of excuses, I blurted out: ‘Mr Adler, I came here with my agent, Jay Kanter. Why don’t we discuss the deal with him?’

‘Honey, you have quite a sense of humour,’ he spluttered.

‘And a sense of humour is all you’ll ever get from me,’ I murmured as I left. In due course, Elizabeth Taylor got the role.

But it wasn’t just studio bosses and producers who were predatory. Many actors I worked with considered it their divine right to have sex with their leading lady.

During my early days in Hollywood, I repeatedly said ‘no’ to the handsome, if short, Irish-born actor Richard Todd.

One night he followed my car and when I stopped at the studio exit gate, he shouted at the top of his lungs: ‘You stupid cow — you’ll be washed up by the time you’re 23!” I ignored him. I was under contract and on a good salary, so I felt reasonably safe until I hit 27 — widely deemed by studio bosses to be the age when women lost their sexual attraction.

Richard Burton was another actor with designs on his female co-stars. While on location in Jamaica together for the 1957 film Sea Wife, Richard told me that if I didn’t go to bed with him, I would ‘break his record’.

‘I’ve slept with all my leading ladies,’ he bragged.

‘Well, I’m not going to be another notch on your well-punched belt, so I guess I’m going to break your record!’ He barely spoke to me for the rest of filming.

George Peppard, who had starred with Audrey Hepburn in Breakfast At Tiffany’s, dished out similar treatment. In 1969 we were making the spy thriller, The Executioner, and after attending a party to celebrate the start of filming he offered to drop me home — then tried to grab me at my front door.

When I pushed him away, telling him I was married and had two small children, he accused me of being ‘totally square’.

Like Burton before him, he didn’t speak to me for the rest of the movie, and since I had to do a couple of topless scenes with him, it was embarrassing to say the least.

Another actor whose ego out-paced his talent was Gene Barry, who had starred in The War Of The Worlds. In one kissing scene, he tried the old tongue routine, which I wouldn’t permit.

Are you frigid?’ he hissed.

It wasn’t the first time I had been called that by men who thought that because they were rich and powerful, women were just their playthings. I’ve also been called a c**k-teaser, a shameless flirt and a cold, heartless b****.

Anyone naive enough to believe the era of the casting couch had been consigned to history will have been shocked by the Weinstein scandal and the predatory institutional sexism of Hollywood power brokers it has revealed.

But it’s not just the film industry that’s been complicit in sanctioning this appalling behaviour, and it’s not just actresses subjected to it. It may occur in any business dominated by powerful, ruthless and misogynistic men, and it’s women (sometimes men) in subservient positions who are unfortunate enough to have to deal with them.

Power corrupts, and absolute power corrupts absolutely. As my late sister, Jackie, a Hollywood observer and insider, once said: ‘Most men in this town have their brains in their d***s.’