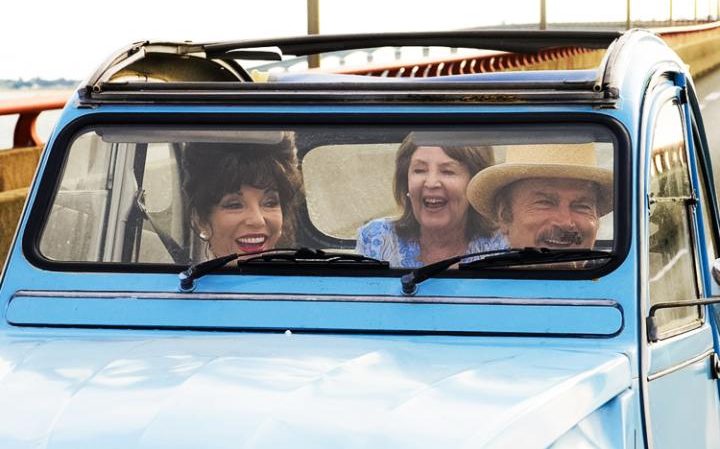 Joan Collins On Why She’s Having The Time Of Her Life!

“When I was young we all had tales of men approaching us and trying to feel us up,” she says.

“Being ‘familiar’ – but it was something you accepted.

“It was the way of the world and the way certain men treated women, in a kind of grudging ‘Oh, you’re a hot little number’ attitude. I don’t think young women have to put up with that any longer in the workplace – and quite rightly.”

Not that it put off the redoubtable Joan. More than 65 years since she made her first film the glamorous actress is still working at a pace that would put to shame an actress decades younger.

Her latest project is a film, aptly titled The Time Of Their Lives, with her namesake Pauline Collins. They play a pair of older women who set off on an adventure to France.

“It’s a Thelma and Louise for the over-60s,” says Joan, whose last movie role was in Absolutely Fabulous: The Movie last year.

“It is an uplifting story and one of hope and much humour – there’s not enough of that around today. There are so many gloomy films. But this new one is about what is possible.”

Joan plays a former Hollywood sex siren who is stuck in a retirement home. When her former lover dies, she heads out to France to be at the funeral, along with the unhappily married Pauline Collins 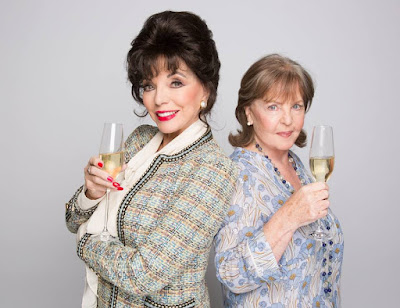 “That has been my main aim, although there have obviously been a lot of setbacks along the way.”

Joan’s many reverses are a matter of record. There have been very public divorces – and she has outlived her first three husbands, actor Maxwell Reed, actor and singer Anthony Newley and producer Ron Kass.

She had struggles with the youngest of her three daughters, Katy – following brain damage from a near fatal car accident when she was just nine.

There was also a spectacular failure by her business managers and accountant which left her with a huge tax bill at the height of her earning power. It led to her selling her house in Los Angeles. 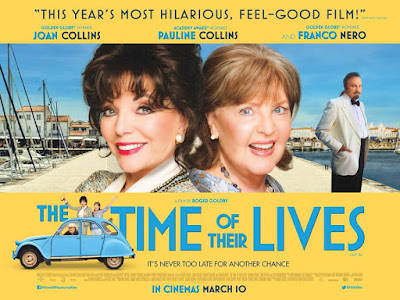 But she dismisses such things. “I have had so many failures and disappointments,” she says, “but the key is never to dwell on them. If you have something going for you, concentrate on that and enjoy the moment.

“Don’t look back with regrets but look forward with hope. I always see the good side of everything and think I am so lucky in so many ways. I have wonderful children and grandchildren and a career which stretches back more than 60 years.

“It is amazing in this age of reality stars who come and go. What is so weird is that young people who want to be ‘celebrities’ do not want to do the training or go to drama school.

“I am still learning and open to new things. Once you start to think you know all the answers that’s the very moment something will hit you straight between the eyes and you realise you don’t know much at all.

“Also, why do well-known people think it gives them the right to complain about their lives? No one wants to hear that. If you don’t want to be in the public eye, then nobody is forcing you to do what you do.” 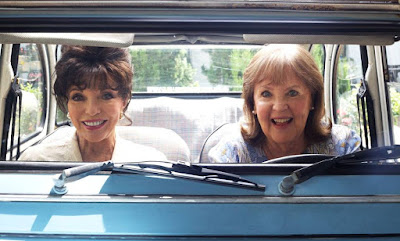 Joan has acted with Pauline Collins only once until now, on an episode of Tales Of The Unexpected in 1980, produced by now defunct Anglia Television.

The irony is that when we all met then, at an event to launch the programme, Joan was searching in vain for a new film role. I recall her smoking – you could do it indoors in those days – and looking a little stressed. She had played highly charged roles in The Stud – produced by third husband Kass – and The Bitch, both based on novels by her sister Jackie, which had relaunched her career.

But she was wondering: “What next?” The answer came a year later in the second season of the then struggling glossy American TV series Dynasty. Her role as the beautiful and vengeful Alexis Carrington, whom she played for the next eight years, made her a big star. Yet again. She won a Golden Globe as best actress and posed for Playboy at the age of 50.

She also moved to Hollywood, dumped Kass and married the much younger – by 14 years – Peter Holm, a Swedish pop singer. It lasted just two years and ended in a bitter divorce battle, with Holm trying to overturn a pre-nup on which Joan had insisted, limiting him to 20 per cent of her earnings during their marriage.

When Joan wrote her second volume of memoirs, Second Act, she referred to him disparagingly as “The Swede”.

“Dynasty was fabulous,” she reflects. 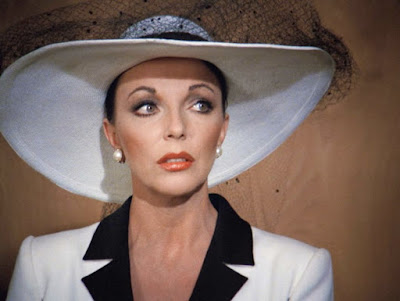 “When I am in any role I do the best I can. Many roles I had were really an empty vessel but Dynasty was a wonderful part. It hit a nerve at the time because I played a woman who empowered other women. She behaved like a man, using her sexuality, her beauty and her cleverness to rise to the top of the heap.

“By that time I understood what it was all about. I put in so many hours on fittings, going out shopping and the clothes. When I first saw what they wanted me to wear, I refused. They wanted me in a tweed suit with a Peter Pan collar.

“I said, ‘This woman is a society jetsetter and I want to wear the latest fashions from Paris, Yves St Laurent or Pierre Cardin’ – big shoulders, tiny waists and big hair.

“I had gained much experience by the time I did Dynasty and that came in useful. I did my own make-up, which I had been doing since the age of 18. I had a great make-up man in Hollywood called Whitey Snyder – he worked with Marilyn Monroe – who taught me to apply it properly.”

And there was very definitely life after Dynasty. Not least a burgeoning career as a writer.

Joan published her first volume of autobiography, Past Imperfect, in 1985 and followed that up with a second, Passion For Life. She delivered her last novel The St Tropez Lonely Hearts Club two years later, when she also became a Dame Commander of the British Empire. 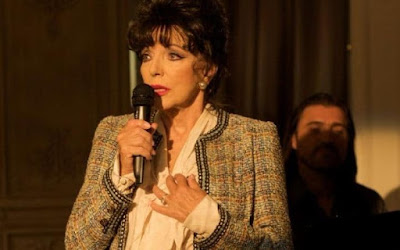 Meanwhile she’s happily married to her fifth husband, theatre producer Percy Gibson, “this one is a success!” – and has never been more in demand for her sellout one-woman theatre show.

And Joan is refreshingly realistic about the ageing process.

“What did Goldie Hawn say in The First Wives Club? ‘First you play a babe, then you are a district attorney and then you are Driving Miss Daisy.’

“In my case that’s almost true. One of my first big movies was Girl On The Red Velvet Swing (1955) – I was on the swing and a babe because I was very young and pretty. And from that moment you are growing up all the time and there has to be an acceptance of it. You will never be as young again as you are today or look as good as you did in your 20s. It’s a fact of life.

“You become a mother, you become a grandmother and the parts reflect that. But you have to believe in yourself. Self-esteem comes from within and you cannot be healthy without a certain amount of self-discipline.

“Do not sit around all day and eat chocolates and doughnuts. All of the women I know who are long-time survivors exercise and watch their diet.”

Joan worked in Hollywood when it was still full of big-time, old-fashioned stars such as Gene Kelly, Marilyn Monroe and Bette Davis.

Her favourite was the late Paul Newman: “An absolute gentleman,” she says. “And the great thing about them all is that they were true stars in every way.”

As is Joan Collins: still having the time of her life…

● The Time Of Their Lives is released on Friday 10th March.