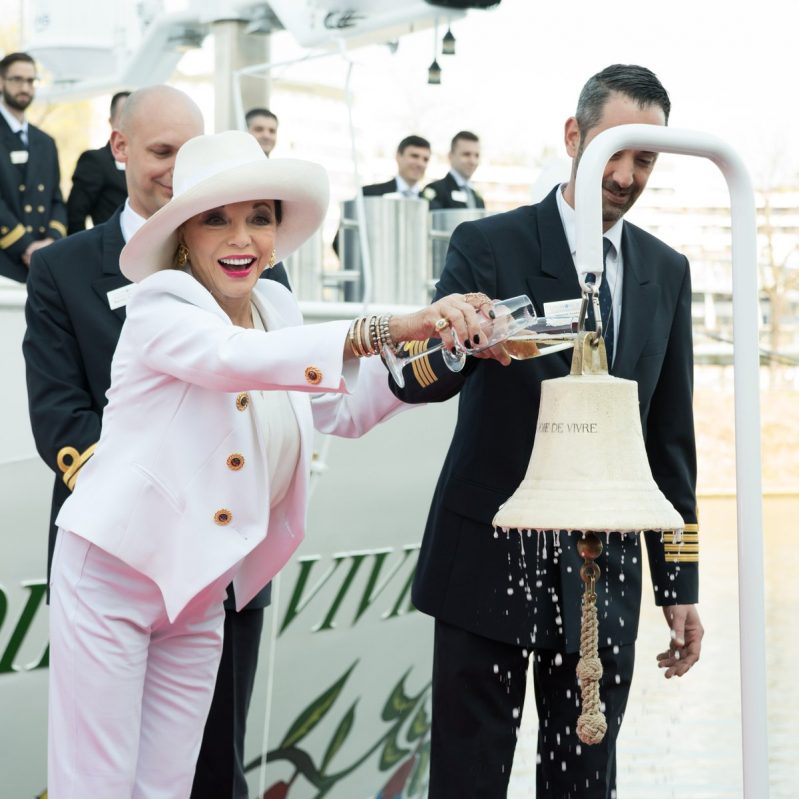 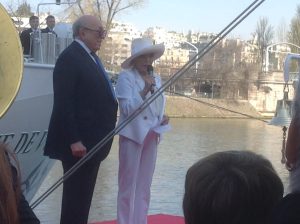 Dame Joan Collins christened the world’s newest river cruise ship, Joie de Vivre, in Paris today. But it was revealed at the ceremony that the ship was almost a “no go” after recent terrorist attacks in the city. 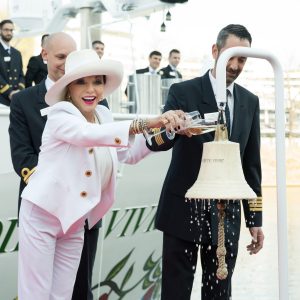 “I remember when we were told what had just happened, I told them to hold off on our new ship. A week later I said ‘this isn’t right’. The city has had some problems but like everything, that too will come to pass. In the meantime, people will keep coming. Paris is coming back strongly,” he said.

Ellen Betteridge, the line’s president and CEO, confirmed that Joie de Vivre is 90 per cent sold out for this year. Other cruise lines, notably Crystal Cruises, pulled out of France this year, which was a “mistake”, Tollman said.

Dressed in a white suit and matching hat, on the banks of the Seine River, Collins declared the city to be “the most elegant and most cultured” destination to launch a luxury ship.

“We’re standing between the Eiffel Tower, the sign of progress, and the Statue of Liberty, the sign of freedom, celebrating Joie de Vivre, the joy of living,” the glamorous godmother said.

The actress, who has a home in the south of France, arrived yesterday and enjoyed dinner in the ship’s main restaurant.

Cruise Critic is onboard Joie de Vivre this week for its inaugural sailing to Normandy. A full review will follow shortly.