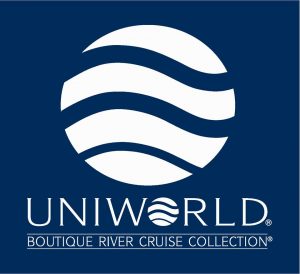 “We are delighted to welcome Dame Joan Collins to the Uniworld family as godmother of S.S. Joie de Vivre,” said Ellen Bettridge, President & CEO of Uniworld. “She epitomises the ‘joy of living’ philosophy that is reflected in every bold detail and gentle touch of our newest Super Ship.”

Dame Joan is an award-winning actress with dozens of film, television and theatrical credits, including the iconic role she played as Alexis Carrington on Dynasty. Her novels and memoirs have sold more than 50 million copies worldwide. She is a celebrated bon vivant with close ties to France and the city of Paris, and seldom misses a summer in the Riviera, where she maintains a residence, or Paris Fashion Week.

It seemed fitting to invite Dame Joan to be godmother of S.S Joie de Vivre knowing she is a great supporter of the majestic City of Paris. As part of the time-honoured godmother tradition, she will lend her vivacious personality to the Super Ship and bestow good fortune over it and those who sail on board.

“I hold France and its ‘City of Light’ close to my heart, and now, thanks to Uniworld, my ties to the beautiful country are even closer,” said Dame Joan. “I am honoured to be the godmother of S.S. Joie de Vivre and welcome guests from all over the world to fall in love with Paris just as I have.” 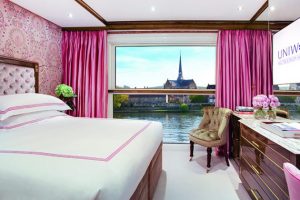 S.S. Joie de Vivre will sail Uniworld’s popular Paris & Normandy itinerary, and was built at 125 metres as opposed to the standard 135 metres, allowing it to dock in the heart of Paris. The luxurious 128-passenger vessel will feature two Royal Suites, eight Junior Suites and 54 staterooms. All rooms will have made-to-order Savoir of England beds and marble-lined bathrooms. Uniworld will inaugurate the addition to its award-winning fleet in a christening ceremony with Dame Joan on 27 March.