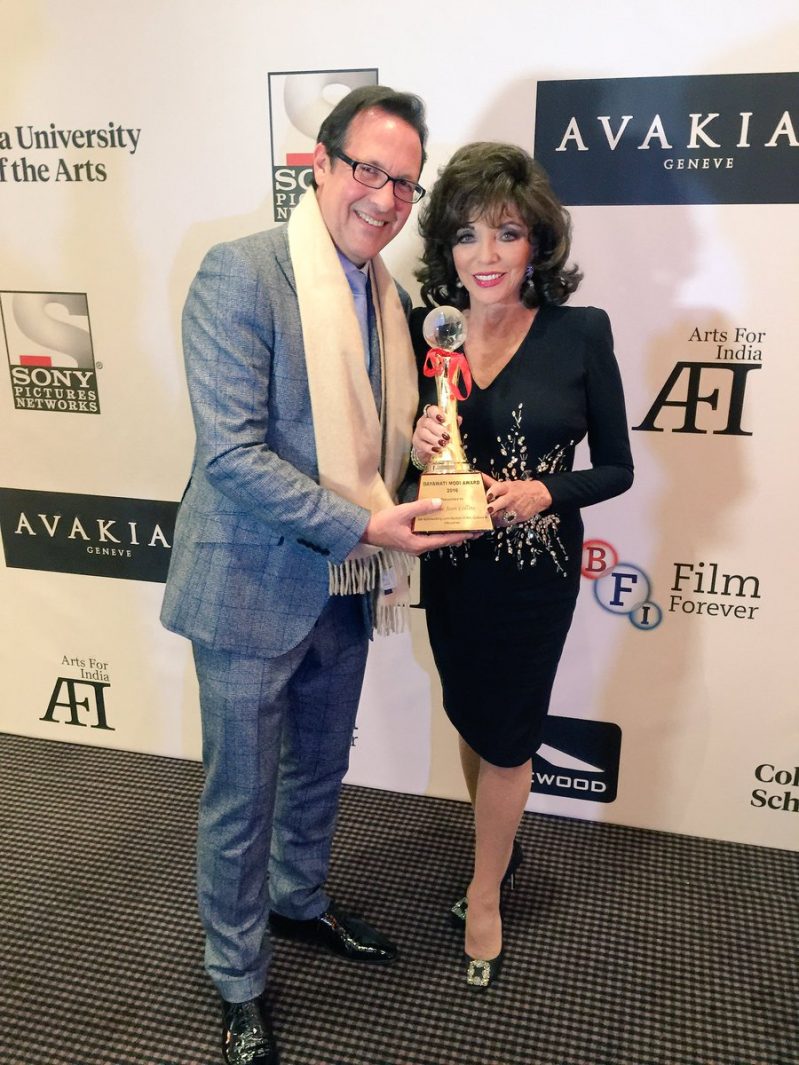 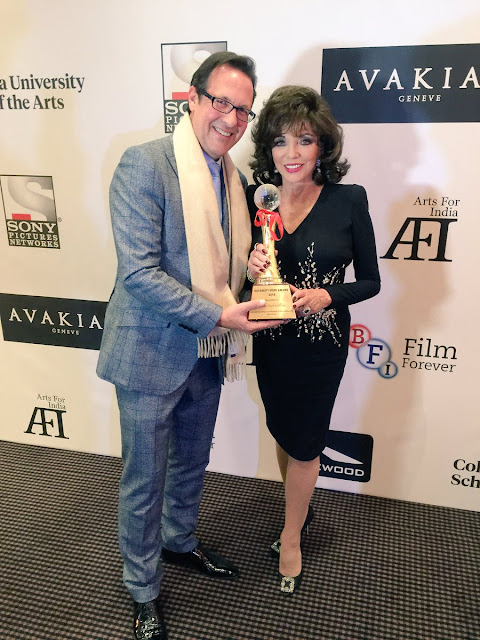 This event was hosted at the British Academy of Film and Television Arts (BAFTA) in London and is supported by the British Film Institute (BFI) , Pinewood Studios and the Columbia University School of the Arts together with other benefactors. 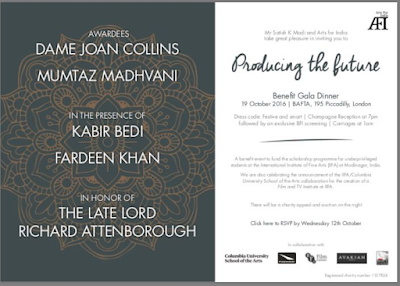 Mr. Kabir Bedi the renowned Indian actor‎ noted – ““Lord Attenborough remains an iconic figure in world cinema. I first met him at the London Press screening of his Oscar-winning “Gandhi”, where I bowed and touched his feet, Indian style, as a mark reverence. I salute BAFTA and Arts For India for honouring a great British actor, producer and director for his magnificent contributions to the world of films.”

Mr Satish Modi, the founder of Arts for India charity added ” We are very honoured that Lord Attenborough made the film on the father of our great nation, Mahatma Gandhi, and no one could have done a better job than Lord Attenborough in the making of this epic film”.

Dame Joan Collins added : ” I am delighted to accept this honour and would like to wish Arts for India the best in their very worthwhile endeavors to establish a TV and Film Institute in India”.

“Thank you very much Arts for India. I am very lucky that I have been given this award. I really feel honoured”.