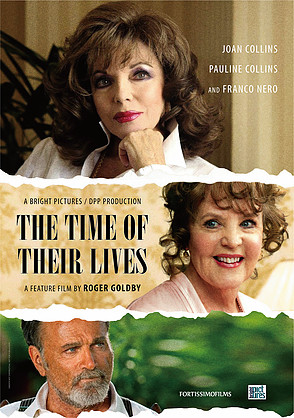 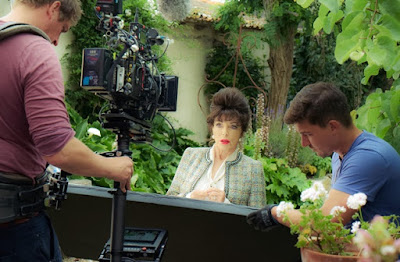 In writer-director Roger Goldby’s (Call The Midwife) feature, a former Hollywood siren Helen (Joan Collins), who is determined to gatecrash her ex-lover’s funeral, escapes her London retirement home with the help of Priscilla (Pauline Collins), a downtrodden English housewife trapped in an unhappy marriage.

Franco Nero (Django Unchained) will play Alberto, a famous and eccentric Italian painter. Alberto becomes entangled with the two ladies and inspired by their madness, joins their road trip and, in turn, becomes part of an uneasy love triangle between Helen and Priscilla, who both vie for his attentions.

The main cast are joined by Joely Richardson (101 Dalmatians) and Ronald Pickup (Best Exotic MarigoldHotel) while US agent Harry Schneider will be played by Michael Brandon (Captain America).

Filming commenced this week on the French island of ÎIe de Ré, before the shoot moves to the UK where it will chart the leading characters’ chaotic road trip via Portsmouth and Bournemouth and then on to various London locations.

The film is being produced by Sarah Sulick for Bright Pictures (Honeytrap) and Azim Bolkiah for Daryl Prince Productions (Dark Places) and is being filmed on location in Ile de Re, Dorset and London.

Three-time Oscar winner Sir Tim Rice (The Lion King), who will executive produce and oversee the film’s original score, said: “One of the aspects of this film that particularly appeals to me, as a former student at La Sorbonne in Paris, is the planned use of several wonderful French pop hits from the 60s, by artistes such as Johnny Hallyday, Sylvie Vartan, Jacques Dutronc and Francoise Hardy.”

Financiers for the film include a private EIS fund via Bright Pictures plus additional investment from Daryl Prince Productions and Creativity Capital. Gap finance is being provided by Augustin Capital in consultation with Graphic Demo Films with Head Gear cashflowing the UK film tax relief.

Legals for Bright Pics, Augustin and Head Gear have been provided by Lee and Thompson with legals by Archerfield Partners for DPP. European Film Bonds are the completion guarantor.

Fortissimo Films is on board for international sales.

Goldby’s first feature The Waiting Room, starring Anne Marie Duff and Ralf Little, debuted at Edinburgh in 2007 and was sold to Lionsgate, IFC and eOne, among others…