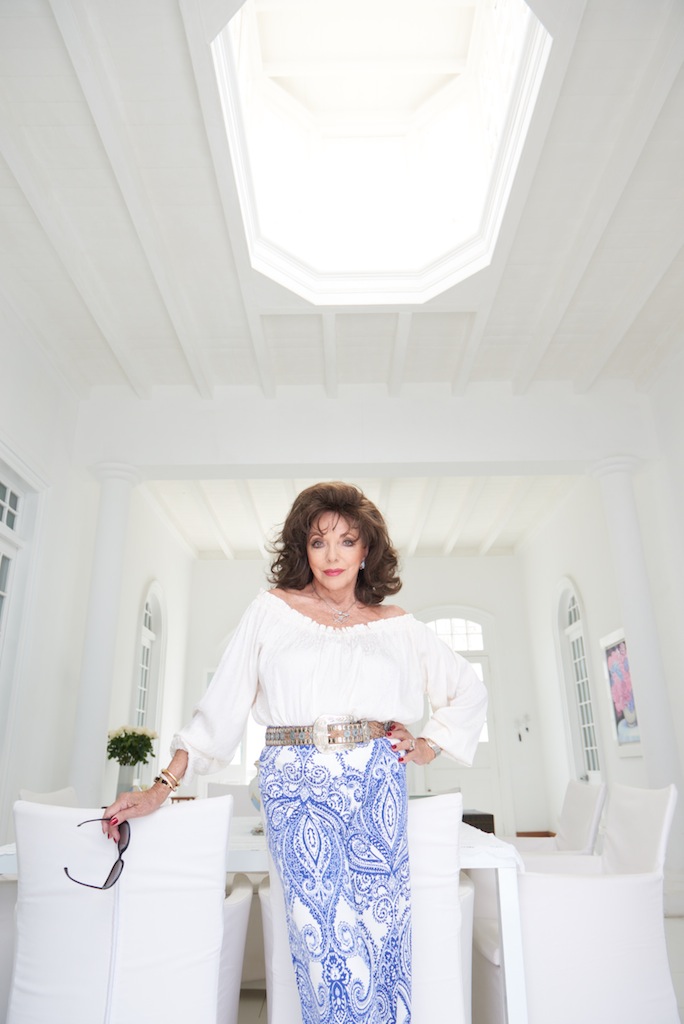 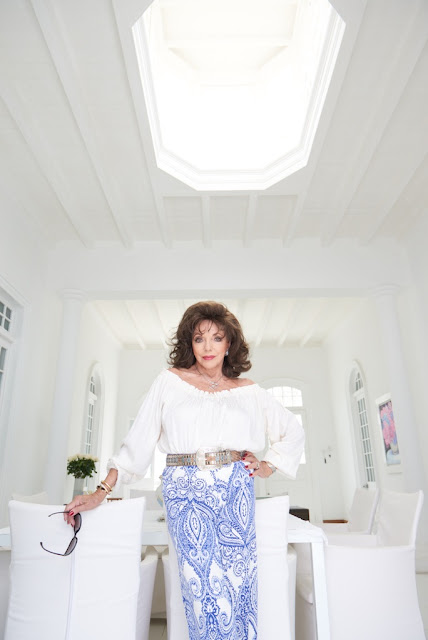 Elegant, enigmatic, glamorous and possessing an overflowing personality and appearance, the Legendary actress was in the country to discover its history and launch Catalogue 80 at The Fashion Museum.

With hugh hats and the latest fashion outfits withJewelry everywhere. When Alexis Carrington came on the scene in the “Dynasty” series, everyone seemed to surrender to her feet. Her presence overshadowed everything, amid grisly betrayals, tangled bed, excesses and murky secrets. Because the series themes were “outrageous” for television at the time, as the character of Collins discovered her own daughter in bed with her third husband, a rich, attractive man and much younger.

A star, who for nearly a decade played to perfection the character of Alexis. Because in real life, Joan Collins is a true star who talks to the press when she wants to and owns a unique look that transcends the years.

Born the daughter of a dance teacher and a representative of artists, she began to shine in the cinema with great actors like Paul Newman and Richard Burton. But undoubtedly she reached her peak with the legendary character Alexis, who is also an absolute symbol of ostentation and at the same time style and glamour.

The role earned Joan a Golden Globe Award, the People’s Choice Award and several Emmy nominations. She has also continued to gather recognition with own star on the Hollywood Walk of Fame and also received the title of Dame and the Officer of the Order of the British Empire from Queen Elizabeth 1.

Such is her reputation as an icon, in addition to having a  major beauty brand, she won a resounding success touring extensively with “An evening with Joan Collins”, an autobiographical show.

Today Joan acts on “The Royals” series, broadcast by the channel E!, featuring scandals centered on a fantasy British royal family. There her role also has hints of Alexis, at least as far as elegance is concerned, as she plays the Duchess of Oxford, the mother of the Queen, played by actress Liz Hurley.

In Chile  she was there for the press conference at the Fashion Museum to launch “Catalogue 80″, where she was the star guest, accompanied by Jorge Yarur. ”Catalogue 80” is the result of more than six years of research on fashion icons of the decade.

Dressed in Ralph Lauren and with a very similar hairstyle to that of Alexis Carrington, arriving in a black Bentley, she walked swiftly but gracefully, into the Fashion Museum, with all the style and glamour of Alexis.

At the conference, Joan was very friendly with journalists, and agreed to answer each question. Something that surprised everyone, because at first it was said she would only talk about what  was prepared and then leave.

After the press conference there was  the museum tour, which featured exhibits with various costumes from the world of television including ‘Dynasty’.

That evening, there was a grand gala which attracted many VIP guests.. Again attendees, just looking at her, remembered why Joan Collins is glamor personified.

At the launch of the catalog that brought Jaon to the country, she said she does not feel like an icon of the era. But there is no doubt that she is.

** This article has been translated from Spanish