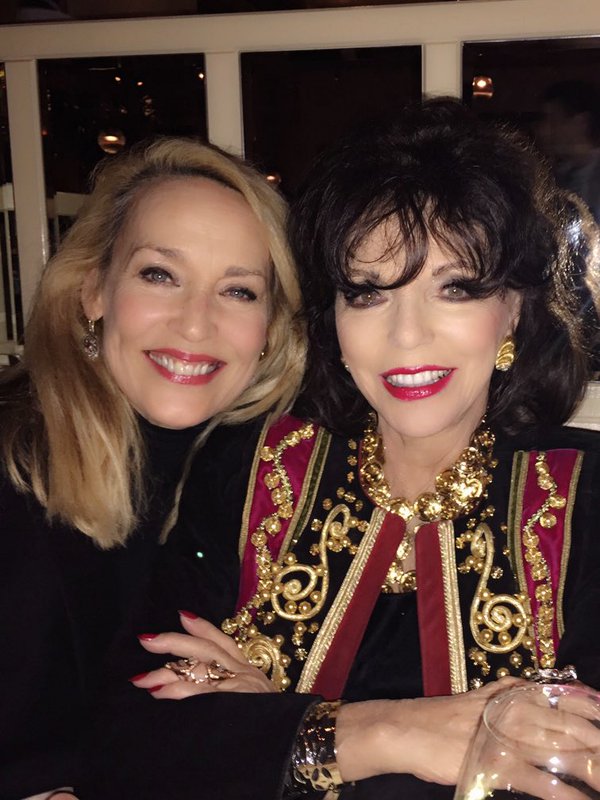 IT WAS first revealed yesterday that Rupert Murdoch and Jerry Hall had got engaged, but Joan Collins has now said that she had already predicted the big news before it was announced.

Rupert, and Jerry, confirmed their engagement after a whirlwind four-month relationship.The media mogul and the film star – who are thought to have been dating since last summer – confirmed their plans to wed on the Births, Marriages and Deaths pages of The Times.
Rupert proposed over the weekend while the couple were in Los Angeles for the 73rd Golden Globe Awards.The publication’s advert read: “Mr Rupert Murdoch, father of Prudence, Elisabeth, Lachlan, James, Grace and Chloe Murdoch, and Miss Jerry Hall, mother of Elizabeth, James, Georgia and Gabriel Jagger are delighted to announce their engagement.”

A spokesperson also added: “They have loved these past months together,” and that they were “thrilled and excited about their future”.

The pair are thought to have enjoyed a four-month romance. The Times also reported that the pair were introduced to one another in Australia by one of his sisters and his niece.They were first spotted in public together in October at the Rugby World Cup final in London between Australia and New Zealand.