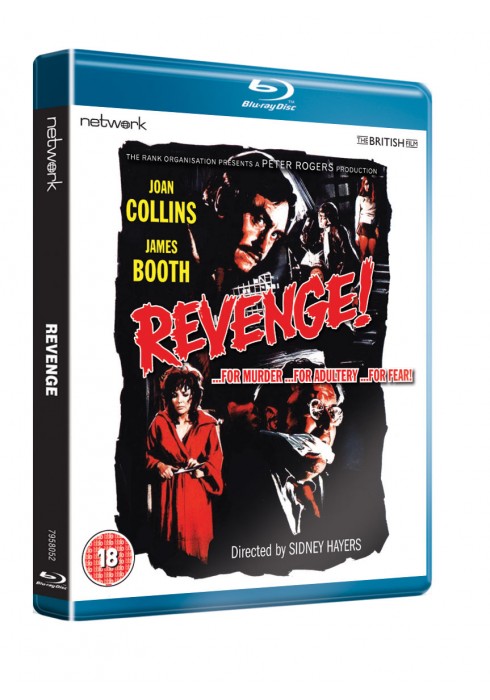 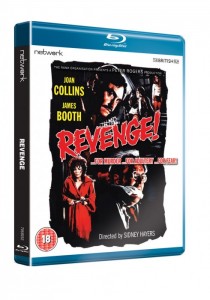 Joan Collins, James Booth and Sinead Cusack star in this sensational, X-rated thriller in which an ordinary family turn to vigilante justice in the wake of their daughter’s murder. With taut direction from Sidney Hayers and a tense script from The Saint screenwriter John Kruse, Revenge was a notable success in both Britain and the USA; it is featured here in a brand-new High Definition transfer from the original film elements in its original theatrical aspect ratio.

Publicans Carol and Jim Radford learn that a reclusive local man suspected of raping and murdering their ten-year-old daughter has been released due to insufficient evidence. Heartbroken and hungry for vengeance, Jim hatches a chilling plan to force a confession from the suspect: abducting and imprisoning him in the pub’s cellar, he will become judge, jury and if necessary executioner!