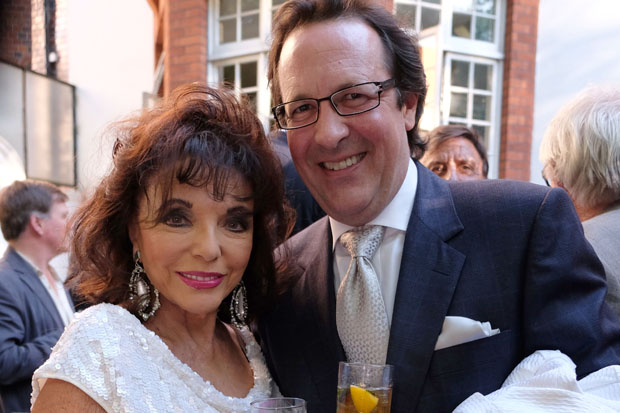 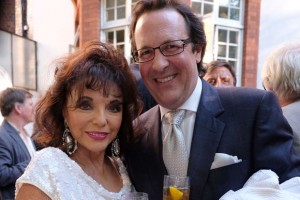 Can there be anything more perfect than early July in London, when the sun is shining, the sky a cloudless azure and the temperature hovers in the mid-seventies? Sorry, I still do Fahrenheit. It’s party time everywhere, with all the annual events happening, but I don’t do Ascot anymore, too waggish, or Henley, too wet, or Wimbledon, too warm.

The former has changed radically over the last 20 years, when I was fiercely censured for borrowing another woman’s Royal Enclosure badge, on a dare that no one would recognize me. Now these hijinks would be deemed innocent in comparison to the behavior and flaunting of rules: swigging from bottles, short skirts hiked dangerously high, barefoot, snogging passing out and throwing up in public hardly raise an eyebrow.

Everyone was super elegant then, most women wearing gorgeous hats and outfits. But sadly “dressing up” seems out of fashion today, which I sorely miss as I enjoy the anticipation and fun of wearing a fabulous outfit, looking good and getting compliments. I would have thrived during “La Belle Époque” – ah, well, maybe in the next life!

I thought this life was about to come to a nasty end last week when our plane traveling back to Heathrow was hit by lightning. We had already been on an exhausting mile-long trek to our gate through Malpensa airport, where the amount of tourist shops, boutiques and feeding troughs make Gatwick airport look like a corner shop. A paparazzi was in pursuit the entire time and when I ducked into the bathroom to try and shake him I banged my finger on the loo door. While I was running it under the cold water I was besieged by a gaggle of Italian matrons demanding “Aaah, Alexis, pleeeze can we take your picture?”

I’m usually quite sanguine when flying BA, but with my finger encased in an ice pack I found it hard to relax with the latest “Speccie”. Suddenly a violent flash of white light just outside my window illuminated the plane, which jolted and shook violently. “What was that?” I yelped.

“It’s the paparazzi and the Italian ladies,” joked Percy, “They’ve strapped themselves to the wing to get your picture.”

He looked quite calm, as did the flight attendants, so I stopped worrying about the possibility that this might have been a botched attempt by a terrorist wearing the latest in internal explosive devices, put thoughts out of my mind of being strapped to a flaming missile careening uncontrollably into the Alps and continued reading.

Walking off the plane the ever-courteous special services representative asked if we we’re very much shaken by the lighting strike she’d heard about. “I was petrified!” Percy confessed – so much for the strong silent type.

With the social whirl in full swing one of the several fabulous parties we attended last week was the witty and wonderful Adrian Gill’s birthday tea – I shall omit the number after his name, which the press revel in revealing.

Hosted by his seven year-old twins in one of the communal gardens off Kings Road we were having a wonderful time with the rain bucketing down and all the guests huddling under awnings drinking tea and wine and enjoying themselves in the rainstorm as only the English can.

The same night in the exquisite grounds of Fort Belvedere, Hilary Weston threw one of the grandest and most glamorous parties I’ve ever attended for her husband Galen’s (number again omitted) birthday. The rain came down in sheets as we travelled up to Sunningdale but miraculously the rain clouds parted as we arrived revealing glorious sunshine with which to greet so many friends, many of them from the US. It was especially good to welcome back Conrad Black and his beautiful wife Barbara.

Lunching at Colbert this weekend, a pretty young lady came up to my table and informed me that she was playing…me…in a movie based on the notorious Kray brothers. Having no recollection of ever meeting them I enquired what year the film was supposed to be set in.

“Around 1963,” she replied, “We’ve just been shooting some nightclub scenes you were in.”

Since I was in NY in 1963 about to give birth to my first child, I found this quite astonishing. Must be a science fiction film, poetic license indeed!

I’m not a football fan but the Brazil vs. Colombia game was so exciting and so dazzlingly packed with talent that I, and the rest of my family, we’re hopelessly riveted to the screen. It was a theatrical bonanza: the fancy footwork would have done credit to Rudolf Nureyev and the acrobatics, the pushing, the shoving and the histrionics we’re savagely entertaining.

Even to my untrained eye the players were gifted yet often the game was extremely violent with players constantly kneeing each other in the back and groin. The pitch was littered with prostrate bodies as agonized cries of pain were silently mouthed in close-ups worthy of Cecil B. DeMille.

How different from the football played in my Daddy’s day. A few times he took me to watch Arsenal, when I was 11 or 12, dressed up as butch as I could muster – the last time my femininity was ever in question. I remember a selection of skinny legged and knocked-kneed elderly (to me then) men in too-short shorts kicking a ball around a damp brown pitch. I waved my ratchet (whatever happened to them?) without enthusiasm and prayed for the boring game to end. My mother was too busy having another baby, which she probably planned in order to avoid having to go

You can read the original Spectator article here